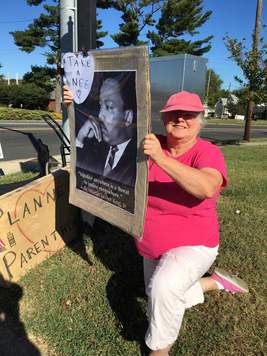 Thursday, September 29, 2017 was the last Women's Rights Demonstration on the corner of Princess Anne & Route 1.
WAFA teamed up with Sisters & Misters, Resisters weekly for the last six months to stand up for Planned Parenthood. There was always a large positive response from folks passing by; sometimes they parked to ask for sign, to take selfies, or to join us for an hour or so. Thank you to all who demonstrated and to all who gaves us a "thumbs up" as you drove by.
posted 8/14/17
Resist Racism Rally
Corner of Williams Street and Blue & Gray Highway
Fredericksburg, VA
8/13/17
At least 66 people come to the site of the demonstration, including a reporter and a photographer from the Free Lance-Star and La Trycee Lowler, the producer of an upcoming movie "Broken" who was in the neighborhood, drove by, and stopped to capture the event on her phone.
Thank you Judy Love, for taking and sharing these photographs. 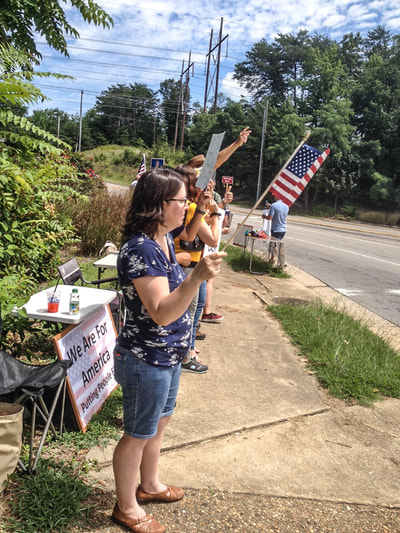 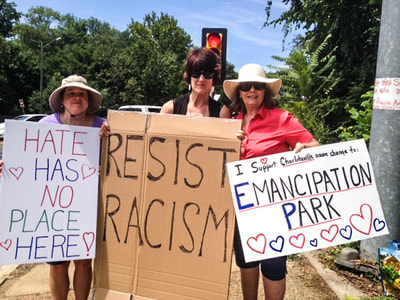 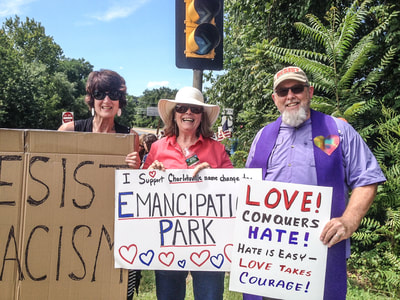 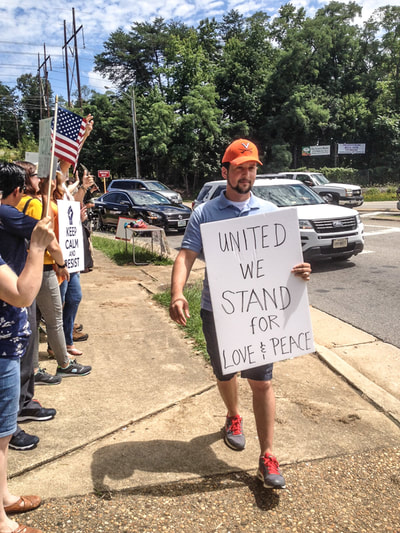 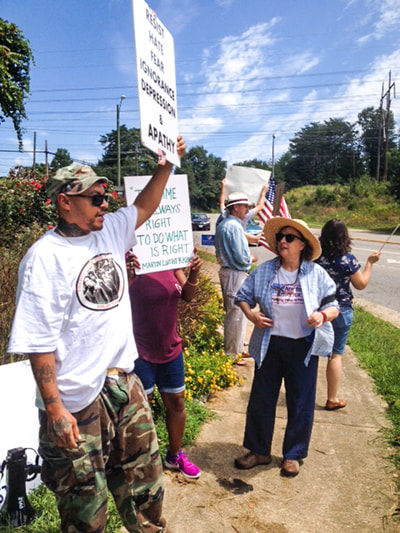 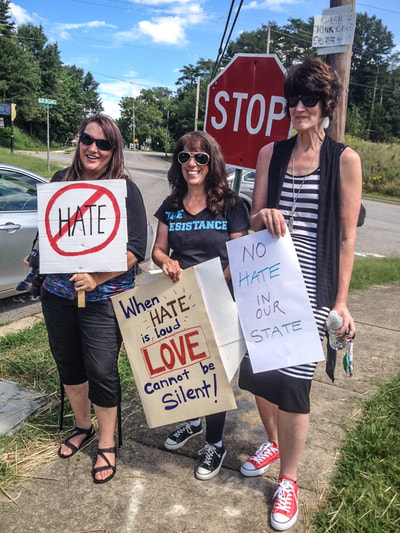 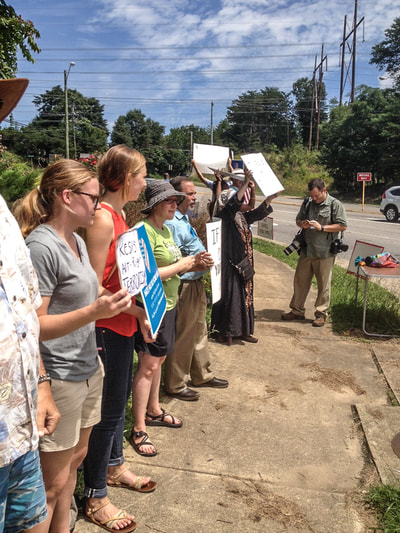 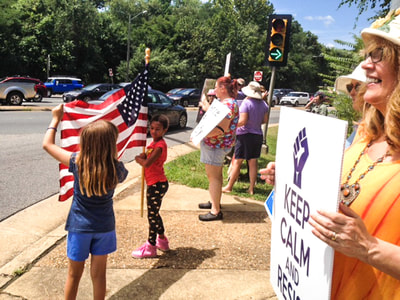 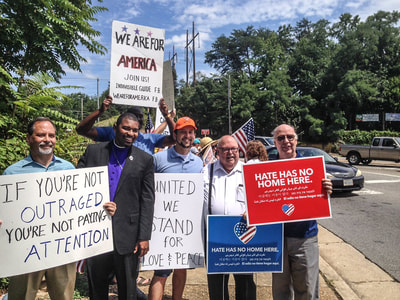 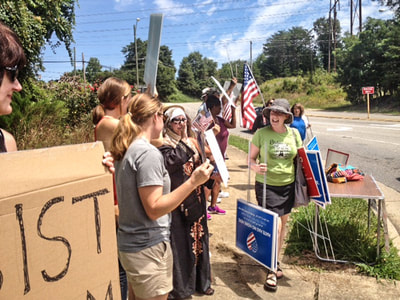 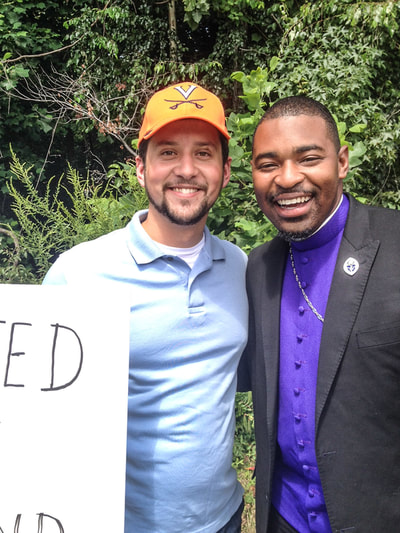 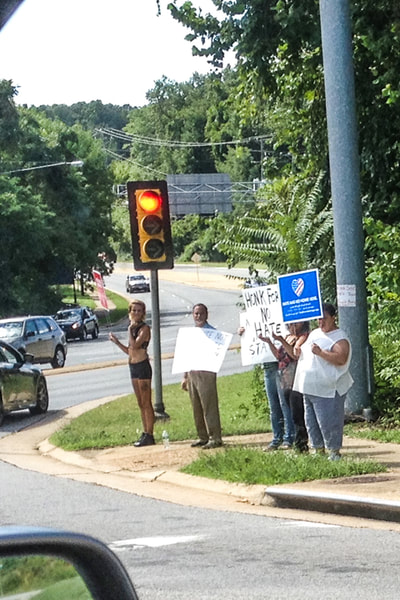 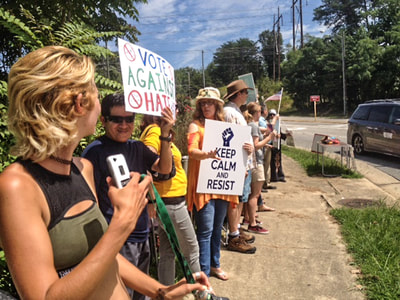 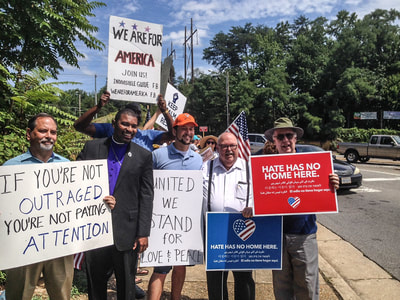